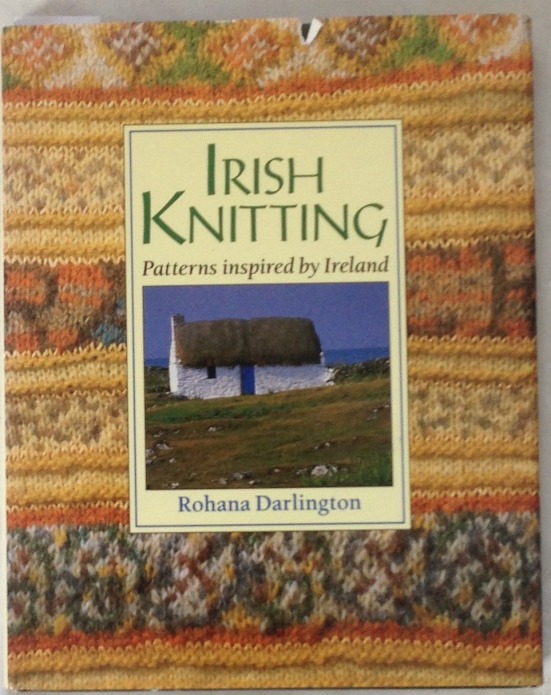 She graduated from the Central School of Art and Design and in 1984 she received a travelling fellowship to study hand knitting in Norway and Ireland; from the latter came this book, a mix of Irish history focusing on fine art and textiles, but also a series of knitting patterns based on her research. Many of the patterns are too intricate for me to even consider – too many fine variations of colour, and one is made in 1 ply. I’ve never heard of anything finer than 3, but the designs are beautiful, incorporating a range of local flowers, jewellery and an embroidery sampler. But the piece on Carrickmacross caught my attention, as it includes the following, an unusual insight into the potato famine:

During the 19th century, many altruistic schemes were initiated by the famine  relief committees to try to create paid work that poor women could do at home while caring for their children. Lacemaking, previously an occupation of wealthy artistic ladies of leisure, was considered ideal for this purpose. Bobbin lace, crochet lace and applique lace were all developed, with lace knitting from Scotland eventually reaching Ireland and influencing Aran kitting.

The earliest of all the many lace-making schools in Ireland was founded in 1820 by Mrs Grey Porter, wife of the Rector of Donagmoyne. She developed the Italian craft of appliqueing net with cambric motifs – not really a true lace, but a very attractive type of delicate embroidery – and began to teach the skill in her neighbourhood. The cambric was easily obtainable from the linen centre of the north, and the skill of ‘sprigging’ – a dainty embroidery on linen – was already established in the area. Before long, the sale of the lace products bean to prevent the emigration of the pupils, and so the school grew rapidly, moving to new premises and in time adding Guipure lace-making to the curriculum. In 1897 it was taken over by the nuns at the Convent of St. Louis at Carrickmacross, who today still continue to teach the craft and export lace all over the world.

This links in with an image I recently featured by William Henry Hunt. 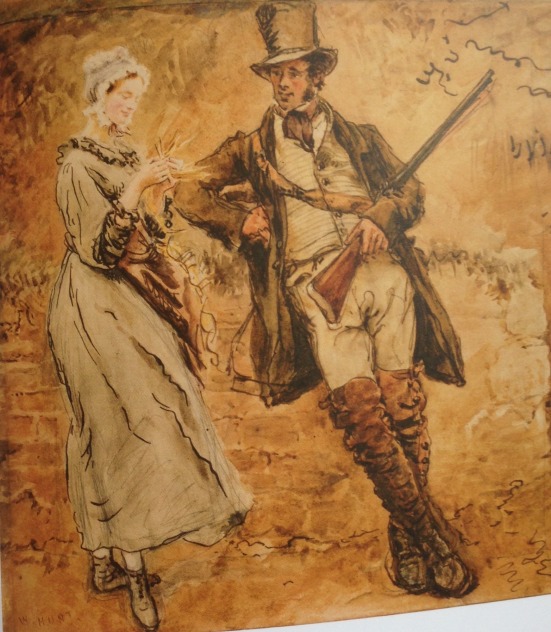 The catalogue entry for this claimed:

The craft of straw plaiting for hats and decorative items was widely practiced in 19th century rural England, particularly in Hertfordshire… Payment for the work was a vital source of income, as indicated in 1870 by a local farmer and writer, Edwin Grey, who described the industry as “excellent for cottage homes: firstly, it was of a clean nature and then again the housewife could, when wanting to go on with other house-work put aside her plaiting, resuming it again at any time. she could also do the work sitting in the garden or whilst standing by the cottage door enjoying a chat or gossip with her neighbours.

This is fascinating as the surname Grey is involved in both pieces. The importance of straw work was also emphasised by Cobbett at the height of the enclosures when agricultural families were losing access to foraging in the countryside. He also pointed out the damage the cotton industry did to such families who used to supplement their incomes by spinning and weaving wool and flax at home, so were able to make their own clothes. Cobbett advocated straw work to make up for the loss of incomes.