I am just old enough to remember the horrors of polio. A friend of mine had an older brother who was one of the last to be affected by it – he walked with a stick and his leg was in a brace so he was an object of pity for most of us.

When I was at medical school  we learned of the miracle of penicillin that relegated the disease to the dustbin of history, but the lecturer who taught us about it, and who was himself a victim, had a son who nearly died due to an adverse reaction to the same antibiotic. It is now clear the sometimes fatal reaction to penicillin was due to lack of purity.

But for some of the worst affected polio victims, they were imprisoned in a machine invented near Bristol, called the iron lung. I’d never seen one, but here it is, waiting to find a proper display, at the Beamish Museum in Northumberland. 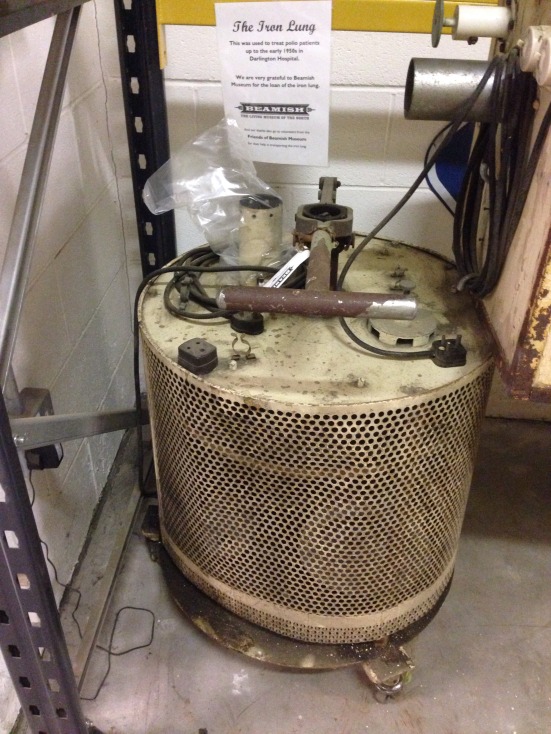 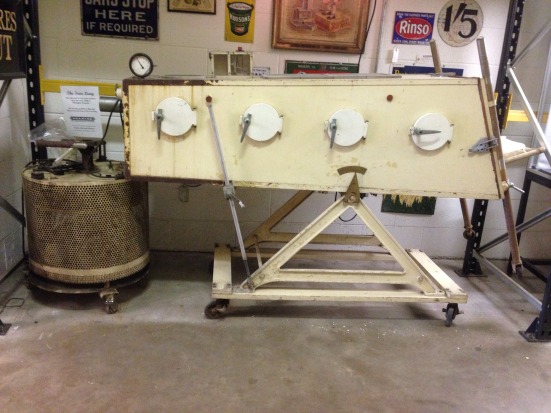