This is a wonderful venue in the far south of London which is home to the collections of a single man, so provides us with not just an incredible amount of items, from stuffed animals to cultural artefacts, to music instruments, and a room full of international curiosities, a dinosaur room and a small aquarium.

The main room is dominated by a huge walrus, so big that no amount of documentaries could impress with its size.

There are cases showing animals, bones and fossils assorted by appearance, function and histories. Being inches away from a leopard in a case was somehow more striking than seeing one in the wild. Staring into those eyes… 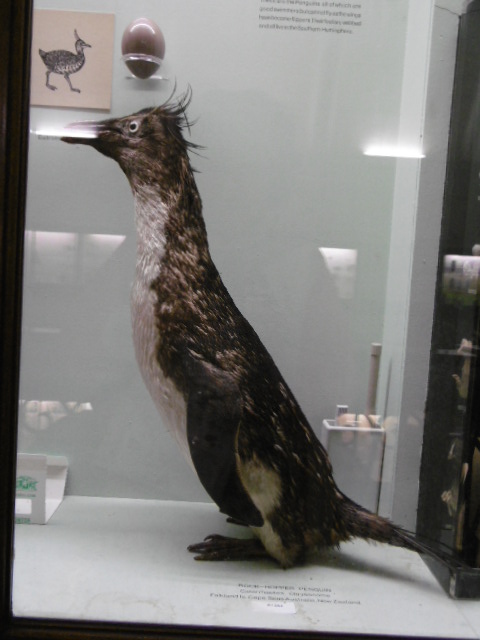 This rockhopper penguin looks rather punk

A Secretary Bird. Doesn’t look like it could take shorthand.

Upstairs is a gallery for smaller items – fossils, shells, insects. But here it was dominated by the Apostle clock, now 170 years old and 3.25 m high. The clock part is in the centre, with a complex moving tableaux on the life of Christ, a domino effect starting with the nativity and ending with the top panel where the 11 apostles pass in reverence before Christ with Judas turning his back on him. But what I love most about this is its English design – it only chimes at 4pm daily – tea time. 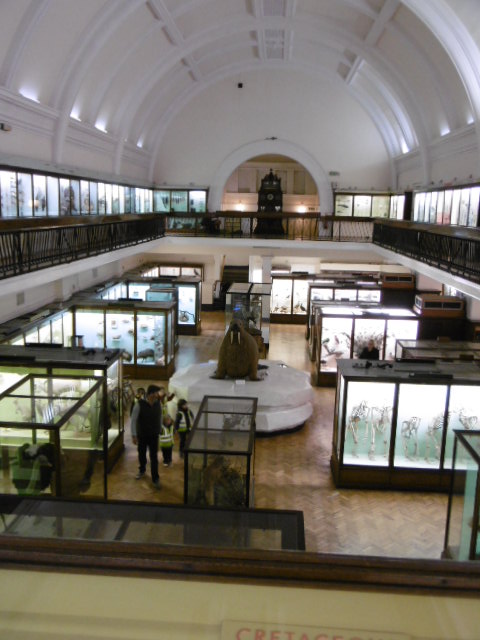 One of the most destructive creatures from maritime history, the toredo worm that could chomp its way though a ship’s hull in record time, cost European ships a fortune until they discovered copper plating for hulls which had he added benefit of preventing barnacles which slowed them down.

A glass harmonium, as can be found in Benjamin Franklin’s museum

The horn part of trombones which remind us of the ancient war horns aimed at scaring the enemy. GRRR!

A torture chair probably a hybrid from the 19th century, Spain

I love this – a merman, common in collections, usually a monkey head on a fish.

But this one is far more complicated:

Something to scare the kids with.

An incredibly detailed carved panel I think from Japan