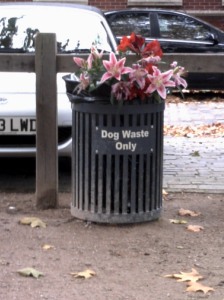 I collect quotes like many people collect photos, though I do that as well.  The following are some gems that I gleaned from the book, ‘England’s Dreaming’ which I have already done a few blogs.

So if you are all punked out, just look away….. But this is brilliant writing from several sources within the book , but mostly from Jon Savage himself who should be in line for some sort of award for his brilliant book.

“Music is prophecy, its styles and economic organisation are ahead of the rest of society because it explores, much faster than material reality can, the entire range of possibilities in a given code. It makes audible the new world that will gradually become visible; it is not only the image of things, but the transcending of the everyday, the herald of the future. For this reason, musicians, even when officially recognised, are dangerous, disturbing and subversive.” Jaques Attali, ‘Noise’

‘God Save the Queen’ was shocking, not only because it said the present was a lie but also because it prophesied a dreadful future. In a country submerged in nostalgia, this was a serious reach of etiquette. ‘No future’ was both a matter-of-fact statement and a terrible warning which had multiple applications, not only for the crumbling, postwar consensus, but for the whole idea of youth culture and for the group themselves. With hindsight, the Sex Pistols can be seen as the last gasp of youth culture as a single, unifying force – that sixties ideal which all those concerned with the group both hated and loved. They reasserted the primacy of pop as the divining rod fo the times at the very moment when they predicted its loss of power in the 1980s, weakened by power politics, cynicism and demographics. Within one year of Conservative government, the unemployment figures doubled: worst hit were the nineteen to twenty-four age group, the classic ‘teenage’ constituency.”

“In the 1960s youth had been celebrated, not only as a market but also as beatific principle. With its economic raison d’etre removed, youth became a problem, until it was actively penalised. By the mid 1980s, the late-fifties promise of teenager consumer equality had been reneged upon: it was seen to have referred not to age, but to a style of consumption which was now taken up by an older age group who had been trained to consume teenage products and could still afford to do so. ”

“The Sex Pistols seemed to be the heirs to the Diggers and the Ranters. Rotten’s lyrics had that mellenism feeling. He hadn’t read the texts but he spoke in that language: It was staggering. It wasn’t to do with Malcolm, the anger and the energy were totally his. That was the best thing about the Pistols. The English Revolution was a very strange surreal time when people were extended beyond all expectation. That’s what they were tapping into.” – filmmaker Julian Temple

[1977] “As a unified movement, Punk was dead, but it had made enough connections to inform the next decade of pop. ‘Although it had tailed off by the end of the year, ‘ says Roger Armstrong, ‘ that was the starting point for the vast majority. When Punk had its first fling, it didn’t sell a lot of records, but it got very young teenagers into it. Kids develop their tastes in a very short period. Your sense of what’s happening when you’re thirteen is very heightened. You’re watching from outside and you’re dying to get in and do it.’”

‘When Disco broke very big, with Saturday night Fever’, says John Holmstrom ‘people said to us, ‘Punk is dead, Disco is what’s happening now,’ Yet many of the qualities of Disco that were so derided were mirror images of those qualities that were celebrated in Punk: an annihilating insistence on sex as opposed to puritan disgust; a delight in a technology as opposed to a Luddite reliance on the standard ‘rock group format; acceptance of mass production as opposed to individuality. It was the difference between 1984 and Brave New World: between a social realist dystopia and a nightmare all the more realistic because accomplished through seduction. ‘

“The Sex Pistols had said ‘No’ so forcefully that the world had been forced to listen. For those who chose to see things that way, they initiated an intense process of questioning everything in their lives, a process which still continues. They left the creation that was to follow destruction unstated and unresolved: as very few people had the courage to see nihilism through, this negation curdled into the nullities of dogma, cynicism or self-destruction. Despite the Clash’s efforts, the Sex Pistols had remained the undoubted figureheads of Punk: nobody had come up to the challenge of their pre-eminence. Their demise merely made official what many people already thought: that the heady days of 1976 and 1977 were over. The Sex Pistols had imploded with a great deal of negative force: within pop itself, the most immediate effect was to disperse the detail that had been encoded into the Sex Pistols like spores on the wind. ”

“The Sex Pistols had ripped the heart out of any remaining ‘movement’. Lacking a centre, everyone lost power. The ‘arties’ lost their contact with the social mix which had given the original Sex Pistols so much of their bite and the result was laboratory pop. The social realists claimed an aesthetic radicalism, but in damning the ‘arties’ they lost contact with the forms and the ideas which could make their political radicalism resonate beyond the slogans of the day.
The possibilities which had seemed so tangible the previous year had disappeared as though they had never existed. In reaction, the several discourses became ever more bitter, always on the verge of ideological violence. This process was caught, as ever, by the Clash, still the lightning conductors for their generation, and even more so with the Sex Pistols gone.”

“Punk was beaten, but it had also won. If it had been the project of the Sex Pistols to destroy the music industry, then they had failed; but as they gave it new life, they allowed a myriad of new forms to become possible. When punk entered the music and media industries, its vision of freedom was eventually swamped by New-Right power politics and the accompanying value systems, but its original, gleeful negation remains a beacon. History is  made by those who say ‘No’ and Punk’s utopian heresies remain its gift to the world. “

This is John Lydon ex Rotten, with his band Public Image Limited, PIL playing ‘Rise’ possibly the anthem for this generation:

Anger is an energy

5 thoughts on “Punk and Utopian Heresies”